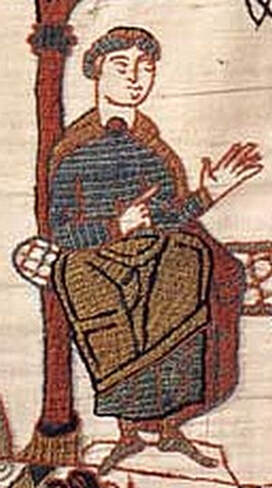 Odo, Bishop of Bayeux
Human activity in the area known today as Avery Hill is thought to date back to the Mesolithic period, following the discovery of a flint in Avery Hill Park recently.

The land around the village of Eltham can be traced in ownership and usage back to the Domesday Book, where it was called ‘Eald Ham’ by the Anglo-Saxons. It was in the possession of Odo, Bishop of Bayeux and brother of William I of Normandy ("the Conqueror") and was held for him by Haimo, Sheriff of Kent.

A Tudor Conduit in the North West corner of the park, near Holy Trinity Church, supplied fresh water to Eltham Palace.

In Elizabethan times Ann Twist, Mistress of the Royal Laundry to Queen Elizabeth I, owned the fields at Avery Hill.

The original mansion house on the site, constructed circa 1841 and replacing a smaller dwelling owned by Mr Hale, was the family home of James Boyd, a Scot, who had gained his wealth as a sugar refiner. In 1883, following Boyd’s death, John Thomas North, an entrepreneur, rented the mansion, together with 37 acres of land, from Boyd’s widow. North would later purchase the entire estate and add a further 100 acres to it, including the land of Ox Leas and Shepherd Leas woods. 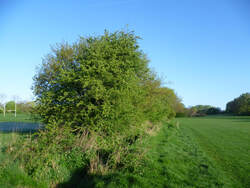 Hedgerows and ditches at Avery Hill Fields - the oldest in Greenwich © Marathon
It is possible that this place’s name refers to an aviary as this spelling appears in the 1859 deed of sale and also on a gravestone in Eltham Church. A map of 1805 calls the area Pollcat End.

The area of land now called Avery Hill Park was made up of a number of individual farms and it was not until the early eighteen hundreds that these were combined to make up the estate of ‘Avery Hill’.

The first owner of a house at Avery Hill seems to have been Thomas Hale, described in 1836 as 'a proprietor of houses'.

North purchased Avery Hill House from Mrs Boyd in 1888 and, though it was by no means small, decided to improve it.  The new mansion was to demonstrate wealth, power and status: with a baronial hall, ballroom, sculpture gallery, marble staircase, and a gallery to house a considerable collection of paintings recently acquired at the Italian Exhibition at Earl's Court that same year.  The celebrated architect T.W. Cutler was commissioned at this exhibition to complete the works, at a cost of £45,000.
​One of the most striking features of the plan was a large domed structure of iron and glass - the Winter Garden - in which North was to house plants from around the world, including Britain's largest Canary date palm.

​By the time the house was completed, North had also added a Fernery, peach house, rose garden, an Italian garden, a conservatory and an ornate Turkish bath house.
A separate stable block was, like the mansion itself, centrally heated and lit by electricity generated in an engine room to the west of the main building. The final cost for all the improvements to the estate was approximately £200,000.

North lived in his completed house for a little over five years. He died, suddenly, in his office in the City on 5th May 1896. His family almost immediately put the house on the market, but it was two years before they found a buyer (at a price much less than it had cost North to construct). The estate was sold to Alonzo Henry Stocker, MD, who was one of the best-known specialists in ‘lunacy’. However, Stocker never took up residence at Avery Hill and the house remained empty for another eight years. 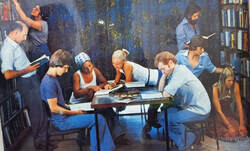 The mansion suffered extensive bomb damage during the Second World War and the Turkish bath house was destroyed. Avery Hill College operated until 1985, when the Inner London Education Authority was abolished. The buildings now form part of the ‘Avery Hill Campus’ of the University of Greenwich, and remain a venue where teachers are trained.

When the parkland was purchased by the LCC in 1902, the Metropolitan Boroughs of Camberwell, Deptford, Greenwich, Lewisham & Woolwich were all invited to share the cost. All having refused, it fell to the LCC to maintain the grounds and gardens as public open space. The name ‘Avery Hill Park’ was adopted. 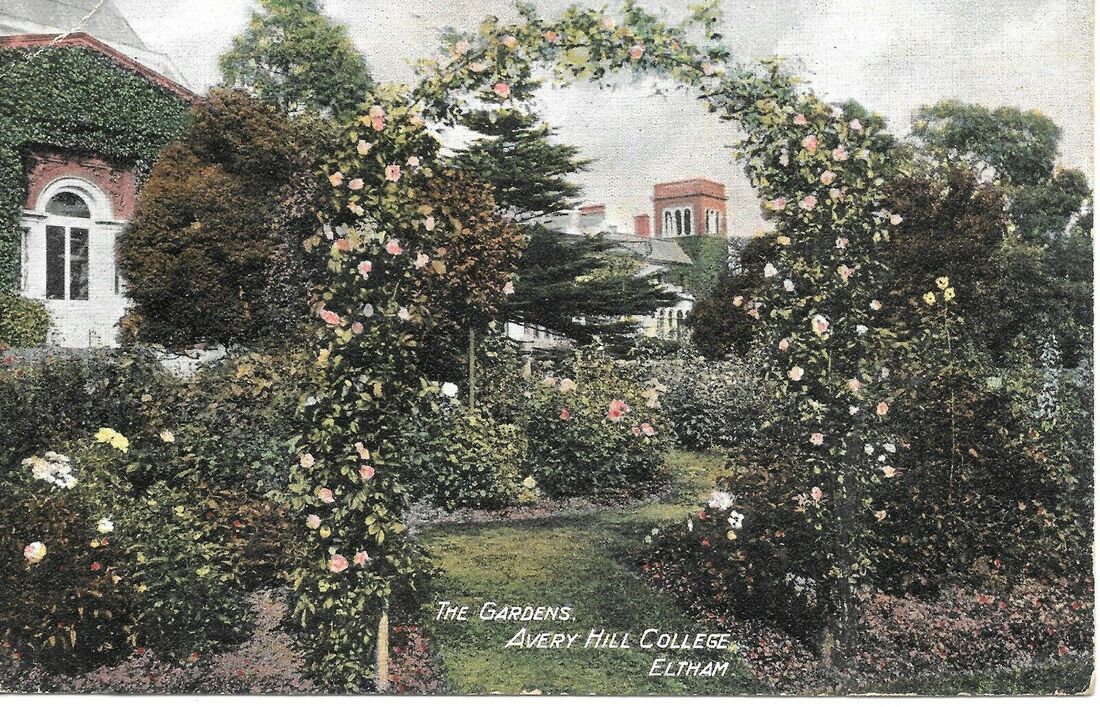 Initially, part of the gardens was used to supply plants to small parks, whilst another area was reserved for growing specimens for special demonstration. To the west side of the house were three formal, terraced gardens, one containing roses and another fruit trees. Of these, only the rose garden remains. A car park was constructed on the site of the fruit garden. In front of the mansion house there was originally a sloping lawn and large flowerbeds. The greater park area consisted of open meadows, interspersed with trees (much as it is today).